With Richard Gwyn and Nicola Rayner


Indulge in a creative and rural retreat in south Wales combining literature with the wild landscape of the Black Mountains. Hosted by Richard Gwyn, Professor of creative and critical writing at Cardiff University, and his niece and fiction writer, Nicola Rayner, this bespoke adventure is led by local experts with a lifelong passion for their trade and this beautiful region of Wales. Richard grew up in Crickhowell and his latest book, The Blue Tent is set in the Black Mountains. Nicola was born in nearby Abergavenny and both authors have spent countless hours exploring this part of the Welsh countryside.

The journey is based out of Llangoed Hall, a 17th Century manor house steeped in history. It was first converted into a hotel by Sir Bernard Ashley, husband of Laura Ashley, of the textiles and furnishings empire. The house is said to be the original site of the first Welsh parliament. This is a private, tailor-made adventure designed by The Insider Travel Collection for a small group of six to ten people that can be taken at any time of year subject to the availability of the authors. 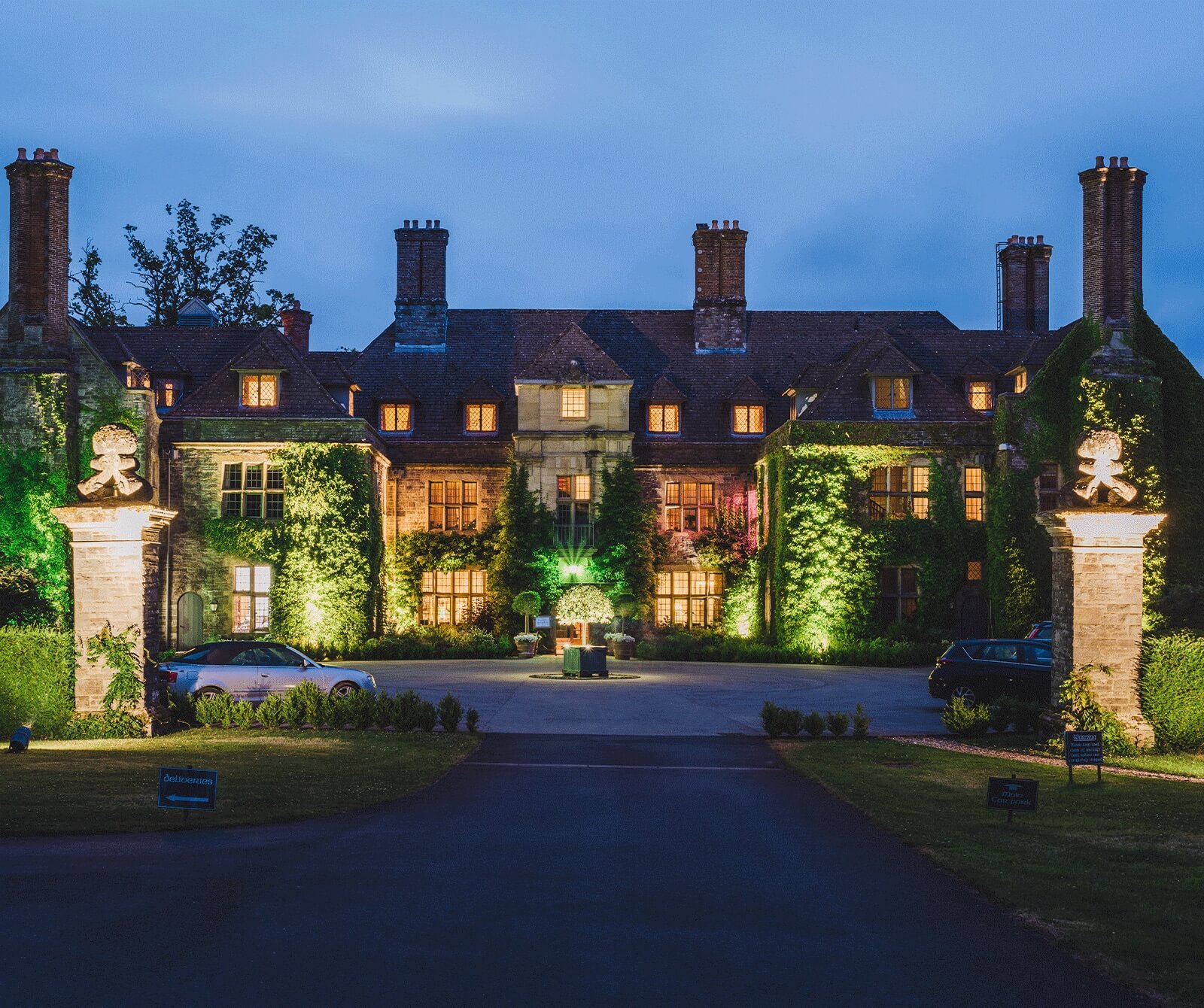 Settle into the sumptuous surroundings of Llangoed Hall with time to walk around the 17 acres of leafy parklands and landscaped grounds of this historic retreat in the heart of the Welsh countryside. Later, join Nicola and Richard in the snooker room of Llangoed Hall, which is said to be the one of the oldest rooms in the house and the location of the first Welsh Parliament in 560 AD. Enjoy afternoon tea and an introduction to Richard and Nicola’s experience of south Wales and how it has changed over the years. Dinner arrangements are free to enjoy at the hotel or in a nearby country pub.

Take part in a private creative workshop this morning with Richard Gwyn. Richard will discuss 'writing and place', exploring the idea of 'place' as a character in fiction, as well as the ways in which writers use natural phenomena such as weather (the fog in Dickens' Bleak House, the rain in Gabriel Garcia Márquez's short stories) as a recurring motif in a narrative.

Then drive to Hay-on-Wye for lunch at the Blue Boar pub. After lunch, our local guide will meet you for a bookshop safari to discover the best of the town’s over thirty bookshops and meet some of the charismatic owners. We are yet to confirm which owners will be available at the time but bookshop visits will include the much treasured Hay Cinema Bookshop, set in the building of a restored cinema, the shelves stock around 200,000 volumes of literature from almost any genre you can imagine.

Take the scenic route back to Llangoed Hall with views of the Black Mountains and stop for a country walk if time permits. This evening Nicola Rayner will join you for a private dinner in the garden room at Llangoed Hall and discuss some of her own experiences as a thriller writer and growing up in this part of the world. There may also be the option to be joined by one of the senior organisers of the Hay Festival to hear more about their story.

We suggest an early rise this morning to make the most of a day in the Brecon Beacons accompanied by our local Welsh guide who knows this national park inside out. The walk will include spectacular views of the Black Mountains as well as a visit to the charming Medieval church of St Mary’s at Capel-y-Ffin on the banks of the Honddu River. Those who want to add a literary twist to the beautiful landscape may enjoy the option to be accompanied by a Welsh actor, who is fantastic company and can recite the poetry of Dylan Thomas and other Welsh poets at intervals along the way. Depending on the time of year and weather we will either arrange a picnic lunch in the dappled shade on the banks of the river or in a warm and cosy pub before heading back to Llangoed Hall.

Richard Gwyn’s latest novel, The Blue Tent, set in the Black Mountains, has been praised as “one of the most satisfying, engrossing and perfectly realised novels of the year” (Western Mail) and as “a portal to a magical Wales” (Nation Cymru). Richard, who grew up in Crickhowell, is the author of two other novels, four collections of poetry and a memoir, The Vagabond's Breakfast (a Wales Book of the Year, 2012). He is Professor of Creative and Critical Writing at Cardiff University.

Nicola Rayner is the author of psychological thriller The Girl Before You, which was runner-up in the Cheltenham First Novel Competition 2018 and one of the Observer’s debut novels of 2019. Described by the same paper as “the new The Girl on the Train”, The Girl Before You has been translated into Dutch, Italian, Norwegian and Polish. Nicola was born in Abergavenny; a lifelong lover of books, she has been a regular visitor to Hay for more than 30 years and fittingly got married there in 2011. Her second thriller with Avon, a division of HarperCollins, is due to be published later this year.

Every experience designed by The Insider Travel Collection gives back to a cause that directly supports the destination. Inbuilt donations from this tour will support the Help for Hay fund. Guests can travel to Hay-on-Wye knowing they have played a part in ensuring the future of one of our country’s finest non-profit literary events.

or let us know your travel requirements and one of our specialists will be in touch.